The fantasy.  The daydream. You know the one.  You’re stuck two hours in peak-hour gridlock.  You’re shoveling your car out of snow trying to get to work on time.  Your kids are on hour 4 of a Fortnight marathon and you’re screaming for the umpteenth time PLEASE WONT YOU GO PLAY OUTSIDE IN THE FRESH AIR.  And then the world recedes.  You disappear inside your head.  There is an island. White powdery sand.  Turquoise blue water.  The sun is warm. Coconut palm leaves rustle in the soft breeze.  A hammock sways gently, inviting you in.  Ahhhhhhh. The ultimate escapist fantasy.  Only it’s just a dream.  Or is it? What if…. WHAT IF… you jumped?  What if you made that dream a reality?

Letting go the complicated expectation-laden consumer-centric life in North America and relocating to Roatan is a reality for many people.  The ever-increasing popularity of TV shows like Caribbean Life and House Hunters International have raised awareness and people are starting to see that a different life is possible.  Whether you want to embrace more simple values and extricate yourself and your family from the materialistic/consumer-driving mentality or looking to make your retirement savings go further while living a active life in a warm climate.  Roatan has become an increasingly popular choice and for good reason.  Here at Roatan Real Estate we are the experts when it comes to both North American and Caribbean real estate markets.  We also are the only realtor to offer our clients comprehensive end-to-end relocation services.  If you are considering relocation to Roatan here are the things that  you need to consider.  Please go ahead and contact for more information.

TOP 10 THINGS YOU NEED TO KNOW BEFORE MOVING TO ROATAN

To understand the diversity of culture and language on Roatán it is necessary to understand a little of her past.  We think her story is a fascinating one (spoiler alert: there are pirates!). Please join us on a brief historical tour of the island.

Roatán is the largest of the Bay Islands, a department (state) of the Republic of Honduras.  The island is approximately 48 miles (77km) long with a west-to-east orientation. Located in the Caribbean Sea about 40 miles (65km) off the north coast of Honduras, the Bay Islands are situated inside the Meso-American Reef, the second largest coral reef system in the world.

The original inhabitants of Roatan are thought to have been the Paya or Pech Indians.  In the early 1500’s, shortly after the first arrival of Columbus, the Spanish started using Roatán as a staging area for slave trading.  The Paya succumbed to the various Eurasian diseases bought by the Spanish to which they had no immunity.  As a result of the epidemics these gentle people, after nearly 1000 years of habitation in harmony with the land, disappeared completely from the island.

From the 1500’s through the 1700’s Roatán was used as a pawn in various military campaigns.  The Spanish royal family was attempting to solidify their position on the mainland in a frenzied land and power grab.  They faced increasing resistance from the indigenous people and increasing competition from the British military and privately-funded opportunists.  The Europeans were all competing for a piece of this resource-rich new world and the indigenous people were mustering increasingly organized resistance against what they quickly perceived as a great threat to their well-being and way of life.   While most of the activity was focused on the mainland, Roatán was seen as an important trading post and a bastion of defense against any ships approaching from the north-east.  The Spanish and British tussled for ownership.  The first European settlement on Roatán was in 1638 when the British used it to establish a military base.  From here they hoped to advance from British Honduras (modern-day Belize) and gain control of northern Honduras from the Spanish.

During this time there was a lot of wealth moving around in the Western Caribbean as the various European powers rushed to plant their flag and establish business interests in mining, slave trading, ranching and agriculture.   In the absence of substantial military posts or Government regulation, this was a territory ripe for looting.  Pirates, of Spanish, French, Dutch and English decent, flocked to the area.  The sheltered hidden bays and coves of Roatan, being so close to the mainland and major shipping channels, were perfect for pirating and because a pirate haven.  Some famous pirates operated in the area such as Henry Morgan, Blackbeard, John Coxen, and Van Horn.  Several of these pirates ended up establishing a presence on the island and even used Roatán as a base from which to defend themselves from pursuit and counter-looting.  The island we now refer to as Fort Morgan Cay is one such defense post as is Old Port Royal.

In the late 1700’s the British military relocated to Roatan a population of mixed-race people from St Vincent (in the eastern Caribbean), territory they had just won from the French.  These people were the result of inter-marrying between African slaves (thought to have freed themselves from a wrecked slave ship) and the Arawak Indians (indigenous people of St Vincent).  Their language was a blend of east African dialects, Arawak and French.  These people settled mainly in the East of the island establishing the settlement of Punta Gorda.  They became the first permanent inhabitants of Roatan since the Paya and are the ancestors of what we now know as the Garifuna.

In the 1830’s, following the British abolition of slavery, free-settlers starting migrating from the British-owned Cayman islands to Roatán.  Many of them were english-speaking black-skinned people of African decent who would settle mainly in the west of the island. Until well into the 20th century they would be the largest cultural group on the island and are the ancestors of the people we now refer to simply as ‘The Islanders”.

In the 20th century Honduras became a country of interest to North America, particularly the United States, for reasons of politics, industry and tourism.  The US Government sought to manipulate various Central American factions during the cold war, a tactic that continues today under the auspice of Homeland Security and War on Drugs.  American industrial powers like Dole Fruit established business interests on the mainland which would have far-reaching impacts on Honduran economy and culture.  The Bay Islands, verdant lush jewels set in pristine reef and sparking waters, would become an irresistible lure for tourism.   Roatán in particular, with her unique location and geography which allows for scuba diving 365 days a year, became a mecca for the adventure-seeking tourist.   Following the rise of the tourism economy came more foreign investment and also a sharp increase in the migration of Spanish-speaking mestizo from the Honduran mainland seeking jobs and relative safety and property when compared to life on mainland Honduras.

In the 21st century the population of the island has grown dramatically.  In the absence of a formal census, estimates of the population are between 100,000 and 120,000 (as of 2020). The  addition of two cruise ships ports early in the millennium and the increasing schedule of direct flights from the US and Canada have made Roatán more accessible to the masses.  Foreign expats and Spanish-speaking mainlanders have come chasing their dreams of economic prosperity, safety or a life disconnected from corrupted first-world values.   While we are a pretty peaceful and socially integrated community, this rapid growth has definitely created friction, the main topics being: culture clash; racial discrimination; economic inequality; basic human rights such as water and healthcare; and topics of environmental sustainability.

Phew! If you are still with me, hopefully this gives some insight to the cultural and linguistic diversity of the island.  So in summary here’s what you will find are the high-level racial and cultural groups on the island.

The Islanders – Afro-Caribbe people of predominantly African decent who speak English as their mother tongue and learn Spanish as a second language.  This communities are mainly situated in the West of the island but there are also well-established communities in the East such a Cawfish Rock, Oak Ridge and Jonesville.

The Garifuna – The original community of Garifuna are still situated on Roatan but since their original settlement in Punta Gorda have migrated to the mainland coastal regions of Honduras, Guatemala and Belize.  They speak Garifuna and/or English as their mother tongue and learn Spanish as a second language.  Their unique culture includes incredible musical traditions of which the traits of rhythmic drumming and chanting can be traced all the way back to east Africa.

The Spanish (also known as Mestizo, Indio or Caracoal but be careful with using these words when referring to someone on island they carry some racial overtones with which you may inadvertently cause offense) – people of mixed race (predominantly European Spanish and indigenous Indian) who come from the mainland.  They are native Spanish speakers. This is the fastest growing cultural group on the island as mainlanders have come in large numbers seeking relative prosperity and safety when compared to the mainland.  They have well established communities all over the island but particularly Colonia Sandy Bay, Los Fuetes, and hill-top colonias right down the ridge of the island.

The Expats – small business owners, retirees, dive instructors, NGO workers, evangelists and nomadic beach bums.  We are a diverse and sometimes motley crew, but have one thing in common which is love for Roatán and her people.   We come from many countries and all walks of life and speak many languages but the majority are North American and the common language is English.  You will find small expat communities in all parts of the island who are always ready to embrace and support a new-comer.  Tour around a bit before deciding where to settle as each community has its own distinct vibe.

If you relocate to Roatán picking up some Spanish will serve you well.  There are many people, particularly in the tourism industry, who speak English.  But many of the national business entities, such as banks, and government agencies employ mainlanders who speak only Spanish.  Also, if you travel to the mainland (which you absolutely should!) you will find you experience much richer if you can converse a little in Spanish.

You may have more questions about the culture and language of Roatán so please don’t hesitate to contact us.  We are the number one experts on Roatán, Real Estate and Relocation, and we are here to serve and advise you. 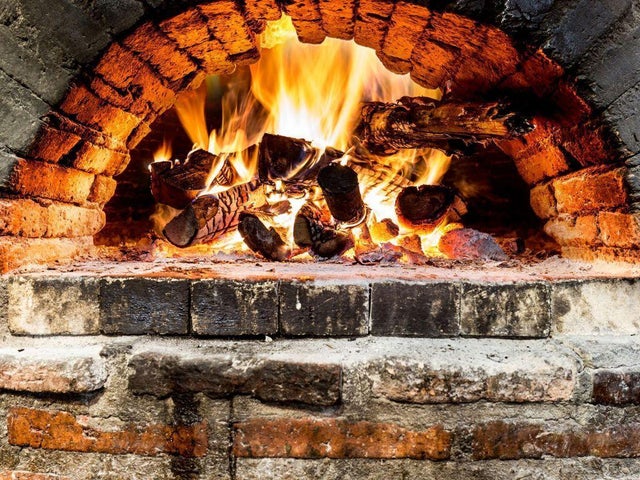 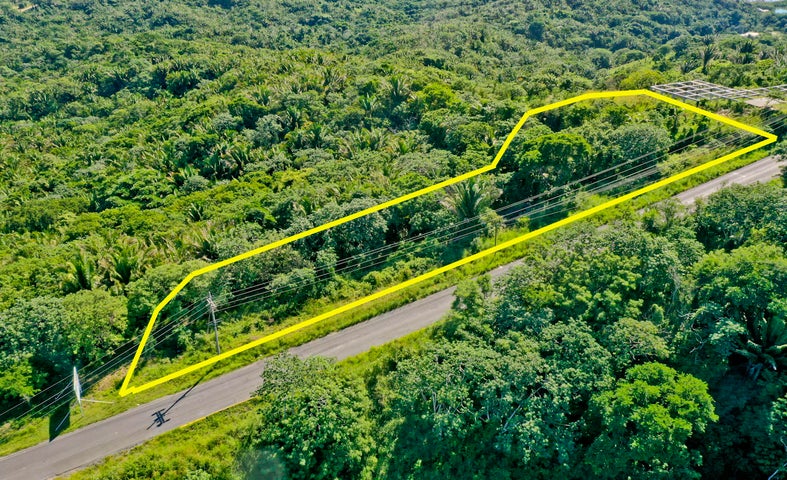 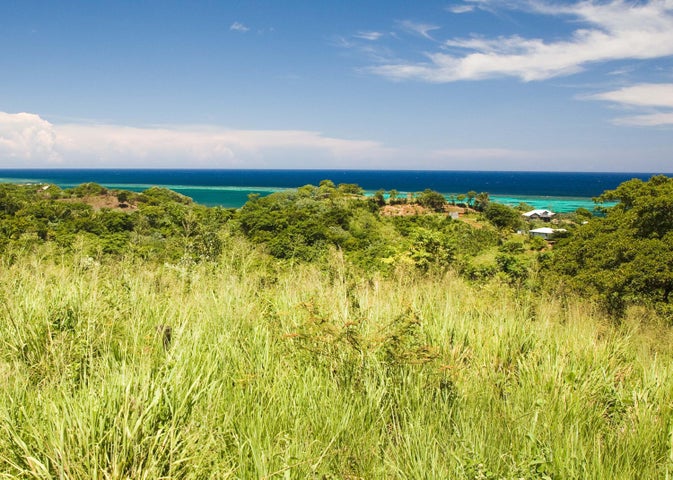 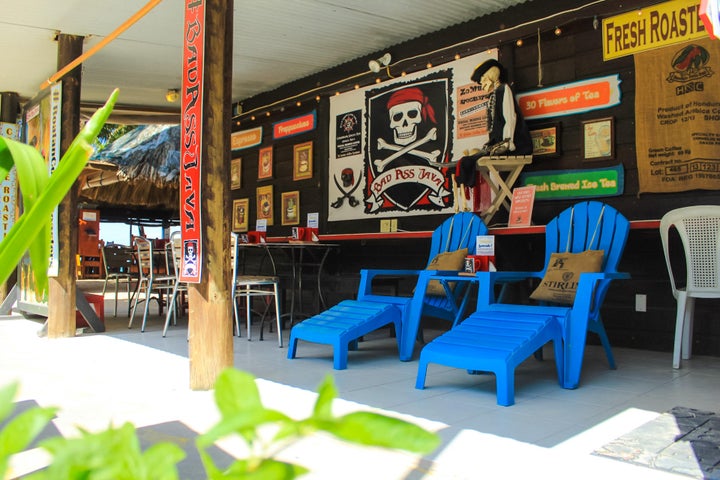 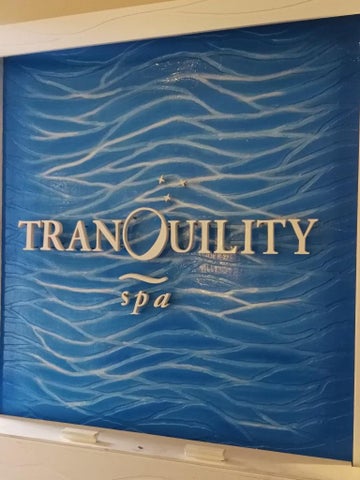 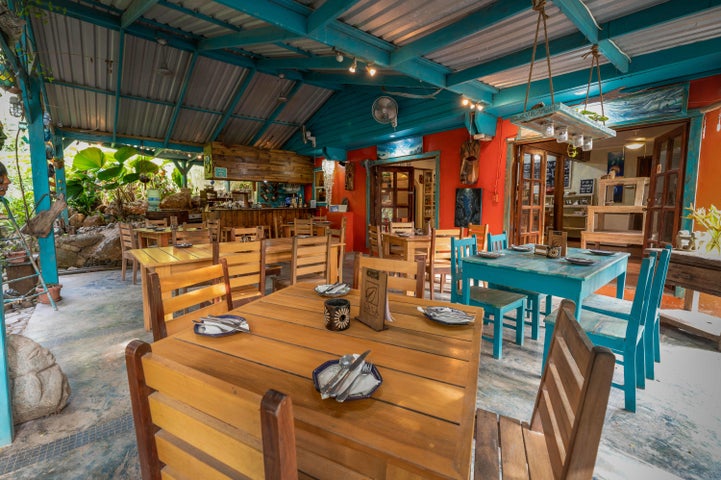